In a lecture given in Berlin 1911 Rudolf Steiner spoke beautifully regarding the connection between events in the starry worlds and events on the earth, during the three years of Christ’s ministry: 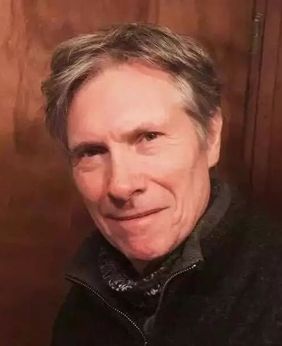 Thus in Palestine during the time that Jesus of Nazareth walked on earth as Christ-Jesus — during the three last years of his life, from his thirtieth to his thirty-third year, the entire Being of the Cosmic Christ was acting uninterruptedly upon Him, and was working into Him. The Christ stood always under the influence of the entire cosmos — He made no step without this working of the cosmic forces into and in Him.

The above becomes a basis for understanding not only the intimate relationship between the world of the stars and the events of the ‘three years’ but also how in esoteric Christianity we can begin to understand in our head and know in our heart how Christ weaves between the individual and the universe, speaking to the human being from the heights and the depths of the pathway to become a complete human being. Here also is the key to understanding afresh our intimate connection with the stars as a basis for a new astrology.

Today's lecture will explore the above and give indications regarding the pathway of the new astrology, known as Astrosophy.  Alan will also say a few words on the "Easter Paradox".  At a talk in Camphill Ghent, he started his talk by addressing the current issue of the date of Easter.  He spoke about the issue of the sun and the moon and their positions on the Ecliptic.  What he concluded is that each individual has to take in all the information and make a judgement for themselves based on direct inner experience and not to make the matter a right or wrong thing.  He said for himself that he will embrace both Easters as a total experience.

Alan Thewless was born in Sheffield, UK and for many years worked as a Waldorf class teacher. He carries to the present day a deep involvement in education as a healing art. In 2002 he moved to the USA to study Therapeutic Education, completing his studies in the Psychosophy Seminar and working in Camphill Special School Beaver Run. Later he worked in the pioneering realm of Youth Guidance – special education for young adults. He presently gives workshops on these subjects in China and Taiwan.

Alan has been a student of Astrosophy for over 30 years and regularly writes, gives courses and lectures on this subject in Italy, China, Taiwan, the UK and the USA. He is Astronomical Advisor to the Karl König Archive. Each year he publishes the ‘Holy Nights Journal,’ an aid and guide to working meditatively with the star pictures for the Twelve Holy Nights of Christmas.

Alan has a deep interest in the therapeutic properties of music and is involved in the development and crafting of new musical instruments for children and adults - promoted now through his small business, Tir-anna. He is also project archivist for the Eckersley Shakespeare Trust and conducts research into the geometrical structure of Shakespeare’s plays.