With Eckart Böhmer, Director of the Kaspar Hauser Festival, Ansbach,

and Richard Steel, Managing Director of the Karl Koenig Institute for Art, Science, and Social Life 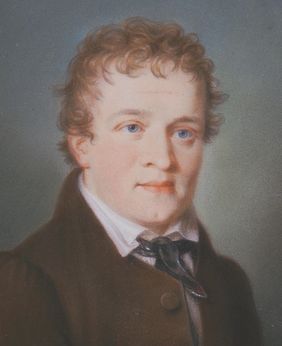 Two lectures titled
"Kaspar Hauser and Plato's allegory of the cave."
In the famous allegory described by Plato, people live imprisoned in a cave with shadows flickering on a wall. They consider the shadows they see to be true reality. Feuerbach, the most important legal scholar of Goethe's time and mentor of Kaspar Hauser, compares the fate of the Child of Europe with that of these prisoners. The lectures illuminate all the extraordinary parallels and shows how deeply Kaspar Hauser is connected with the struggle for the true identity of the human being, which is told in the parable.

Opening lecture
"Kaspar Hauser and the new image of the Human Being"
Our society today is more influenced than we would like to believe by a Darwinistic understanding of the human being. Simultaneously to Darwin's quest Kaspar Hauser was experienced by his contemporaries as a "reminder" of the true, spiritual origin of the human being. His destiny was consciously subdued. One generation later Rudolf Steiner also took a stand for a new understanding of humankind and its destiny. Through the rise of National Socialism and the Second World War almost nothing was left of true spirituality. Out of this recognition Karl König began his "social experiment" of the Camphill Movement, with the "Child of Europe" as its guiding star. Can his ideals lead us into the future?

and a
Dramatic Reading:
"Feuerbach, an example of a Crime against the Human Consciousness Soul."
written by Eckart Böhmer
Feuerbach fought more than any other legal scholar before him for the equality of the human being before the law. Thus he also succeeded in abolishing torture as a legitimate interrogation method in Bavaria as early as 1813 and with this influenced developments in many parts of the world, an important achievement that some nations have not even achieved to this day.  The play takes place in 1814, when Napoleon's star had to sink, exactly 100 years before the beginning of the First World War.  Feuerbach receives a "visit" by an " unclean spirit", which then reveals itself as an incorporation of torture. A fierce dispute unfolds between the two over the destiny and progress of mankind, anticipating the events surrounding Kaspar Hauser.

Singing and poems and short stories and conversation