making ourselves better for a better world 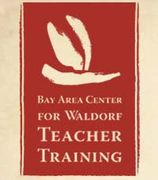 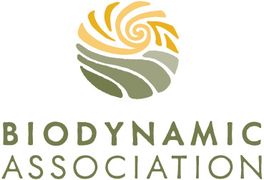 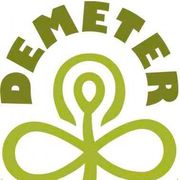 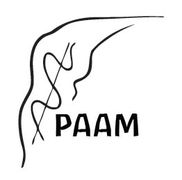 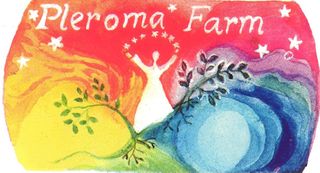 Rudolf Steiner had a deep confidence in humanity and human beings—something that has been hard for many people to sustain over the last hundred years.

For him this confidence sprang not from hope but from research into consciousness, insight into human nature and evolution, and direct perceptions.

He understood the necessity of freedom on any meaningful path of human evolution—and real freedom entails grievous errors.

This confidence empowered him to respond very widely to human needs.

Steiner perceived that every individual comes into the world to bring love, and that the truest love is a free deed. So each individual’s search for real inner freedom is a pre-requisite for bringing love.

In the many requests for help to which he responded Steiner recognized this loving basis. The result is today’s worldwide “anthroposophical” and Steiner-inspired initiatives. These all include the invisible work of self-development: “becoming the change.”

Outwardly, often in small beginnings, there is work such as the expansion of science and medicine, founding of Waldorf and Steiner schools, visual and performing arts, biodynamic farms, intentional communities, and more.

The most difficult initiative to communicate is Rudolf Steiner’s renewed understanding of karma and reincarnation. He found these in both Western and Eastern traditions.

From the standpoint of consciousness and spirit, karma and reincarnation are not just interesting ideas. Like truth, beauty, and goodness, they are weight-bearing pillars in the structure of reality.

Without karma, “justice” must seem an illusion. Without reincarnation, the fear of death dims our vision and undermines our courage.

Together they raise the free individual’s perspective onto that higher plane where the further and fuller life of humanity unfolds.

The application of higher and truly “spiritual” perspectives changes any area of activity.

A SteinerBooks author (above) speaks at NYU to a research seminar about the relationships she finds in the I Ching to Steiner's perspectives. (China's ancient “Classic of Changes” explores personal and social archetypes through a pictorial imagination that is suggestive of capacities Steiner urged us to develop today.)

Steiner gave more than six thousand lectures (none identical) on a wide range of questions. The Goetheanum he designed in Switzerland is an international center for conferences and research.

Steiner's School for Spiritual Science has specialized departments in a number of fields. In North America study groups and adult education centers provide general and specialized learning, formal and informal.

Shown above is an illustration of the twelve human senses and emerging higher capacities—disciplined imagination, inspiration, and intuition—that were part of Rudolf Steiner's core research.

In a central place among his initiatives stands "anthroposophy," the science of mind and spirit developed over his lifetime. Working in the spirit of modern science, anthroposophy undertakes to provide a firm foundation for knowledge that can reach beyond the physical world into consciousness and spirit. It seeks to awaken an active sense for the human situation in the world and for the connections we have to meaning and purpose in the cosmos.

The Anthroposophical Society and the School for Spiritual Science are at the core of this work, but it is also developed and refined in every one of thousands of specialized initiatives.

A scene from one of Steiner's "mystery dramas" (above) puts on stage individuals’ destiny encounters with each other and with supportive and challenging beings of higher consciousness.

Early work with Goethe’s science supported Steiner’s realization that art is crucial to humanity’s further development. He also knew Schiller’s insight that art alone could mediate between the compulsions of the sense world and the contrasting pull of the ideal and abstract.

Steiner wrote scores of meditative, mantric verses, and four large mystery dramas. He designed major works of architecture and created the movement art of eurythmy for teaching and healing as well as performance. He created a training path for artists into the heart of color (the “soul of the cosmos”) and worked with speech as an art. His schooling initiative sees education as an art, and he recognized social art as a high, emerging art form.

As the impending defeat of Germany and Austria-Hungary became clear in 1918, the end of their respective systems of government was obviously at hand. Steiner was quietly asked for his thoughts on a new ordering of society.

He had been a popular lecturer on history and other subjects at the Berlin Workers’ College a dozen years earlier, and his insights into human evolution made clear to him that society should be understood as an organism. That line of thought had led previously to repressive Social Darwinism, but Steiner was observing the evolution of human consciousness and the need to reconcile strong individuals with a healthy society. As thinking and feeling and willing involve different processes and consciousness, so he found that cultural-spiritual activities, rights and security concerns, and economics each require different approaches so that all individuals can participate freely.

The sketch above describes relations in the starry heavens that are involved in the creation of the human form. Steiner’s research and vision extend from beyond the stars and back to the beginning of time. They align with much that we know from ancient cultures, but Steiner reported doing his own research first and then comparing it to known traditions.

His work forms a remarkable counter-pole to today's materialist account that leads back to a “big bang.” Physical research is always referred to things; it is therefore easily aligned with machines and is blind to most of real human experience. Consciousness research leads always to beings and so brings the human back into relationship with the world and cosmos. This allows individuals to reintegrate themselves into the life and awareness of environments near and far. Owen Barfield would call this “final participation,” a knowing return to that “original participation” in nature which we experienced before separated ourselves out as individuals.

Against the background of a 2011 exhibit in Stuttgart, “Kosmos Rudolf Steiner,” stands a relief of the initiators of Babylonian culture, Enkidu (Eabani) and Gilgamesh (l-r).

In Steiner’s view, human development of the last roughly 10,000 years unfolds as stages of evolving consciousness shaped by key individuals: Holy Rishis in ancient India, Zarathustra in ancient Persia. Babylon-Chaldea-Egypt followed five thousand years ago, then classical Greece and Rome, and for the last six centuries our emerging “modern” culture when human beings have become attached to the physical Earth and separated from “participation” in its life and consciousness.

Today group consciousness dissolved as we work at self-actualization. The unified culture of ancient times is broken into science, art, ethics, and humanities, each with scores of specialized subdivisions. So the new global human awareness becomes a signal to reintegrate, with free intention, into a new holistic culture. And now the shaping of a first planetary civilization is rightly the work of human beings at large, striving individually to raise our consciousness to the challenge.

Above, a fifth-grade painting.

The Waldorf Early Childhood Association of North America (WECAN) states its commitment “to nurturing childhood as a foundation for renewing human culture.” And around the world Waldorf and Steiner-inspired schools speak of “educating the whole child” and creating an “education for freedom.”

Looking from many directions, play is recognized for its unequalled developmental value, arts are cultivated for strengthening powers of perception and for self-expression, and children have the memorable experience of constructing their main lesson books. The teacher works artistically and strives to see and welcome the individuality of each child, and the curriculum helps children build out of humanity’s story a deep foundation for their growth and achievement in today’s world.

In 2019 Waldorf Education is a century old; it is the best-known Steiner-inspired initiative in the world today, with schools and kindergartens on every continent.

Much more to come on education, health, special needs, nutrition, agriculture and healing the Earth...

A sample map of a single type of initiative, Demeter-certified farms...